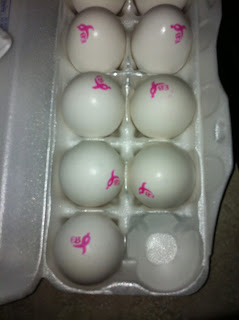 I am back to that time of year where I need to travel from time to time. Althougb I am not too excited to leave the family, there is one positve about it....there are a lot more opportunities to help people. I have had a difficult time recently trying to find kind acts because I have been stuck in such a routine...being on the road opens up a lot of opportunities for kindness. It didn't take long this morning to run into my first opportunity. Going through security in the airport can be a stressful thing. Since I travel a decent amoount, I have figured out the system. Unfortunatley, not everyone has figured it out. I was behind an enderly gentleman today and it was clear to me he was very confused on what to do. So, instead of standing there impatiently, I decided to assist him, So today for my act of kindness, I helped a stranger get through security.
Posted by Unknown at 7:49 PM No comments:

Would I like to donate to help end World Hunger?  Well of course! Very simple act today....I went to lunch with my dad today and the lady at the drive thru asked me that simple question, and my answer was yes. So today for my act of kindness, I donated to the World Hunger initiative.
Posted by Unknown at 7:37 PM No comments: 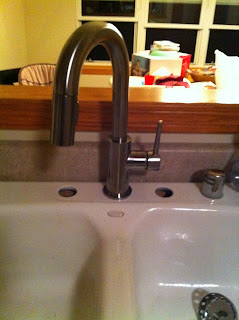 I am definitely not the most handy of people, however having owned a house for the last four years, I have had a lot of opportunities for improvement in my handiness.  Today, I wanted to surprise my wife by installing a new kitchen faucet before she got home from work.  Well things did not go as planned and the installation ended up spanning over four hours.  Things are very cramped underneath sinks I have come to realize.  It makes it pretty difficult to take out faucets if you don't have the right tools. Needless to say I was not able to surprise my wife with the faucet installed.  However it is up and running now (just need to go to pick up two plugs tomorrow to cover the holes) and sometimes it is the thought that counts right?!
Posted by Unknown at 7:43 PM No comments:

My mom is one of the busiest people I have ever known.  It always amazes me how much she takes on and how well she manages everything.  With my dad being diagnosed with Alzheimer's, as you can imagine, this has added that much more responsibility to my mom's life. Well this week, my mom is taking a well deserved break.  She coordinated with some friends and is spending the week on vacation in Door County.  Obviously with her being gone, someone needs to watch my dad. So he will be staying at our house for this week.  In my opinion it is a win/win because my mom gets to spend sometime for herself and I get to spend some quality time with my dad.  However I am still going to use this as my act of kindness.  :)
Posted by Unknown at 6:37 PM No comments: